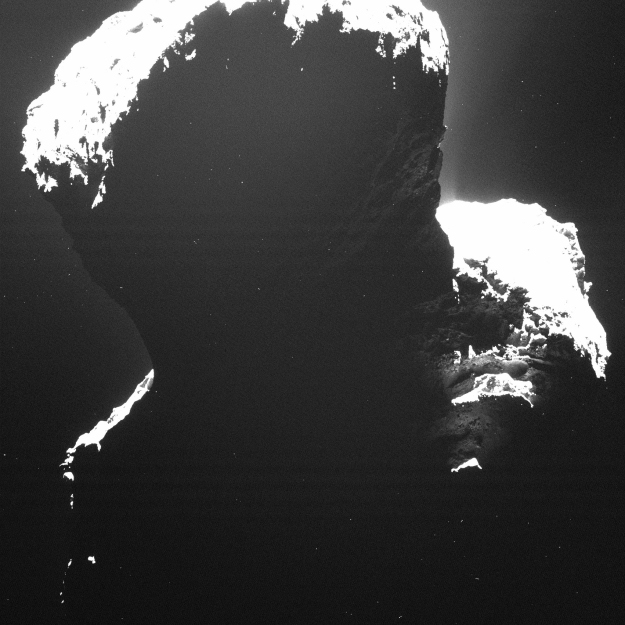 A rare glimpse at the dark side of Comet 67P/Churyumov-Gerasimenko. Light backscattered from dust particles in the comet's coma reveals a hint of surface structures. This image was taken by OSIRIS, Rosetta's scientific imaging system, on 29 September 2014 from a distance of approximately 19 kilometres. The image scale is approximately 1.7 metres/pixel, so the image measures about 3.5 km across.