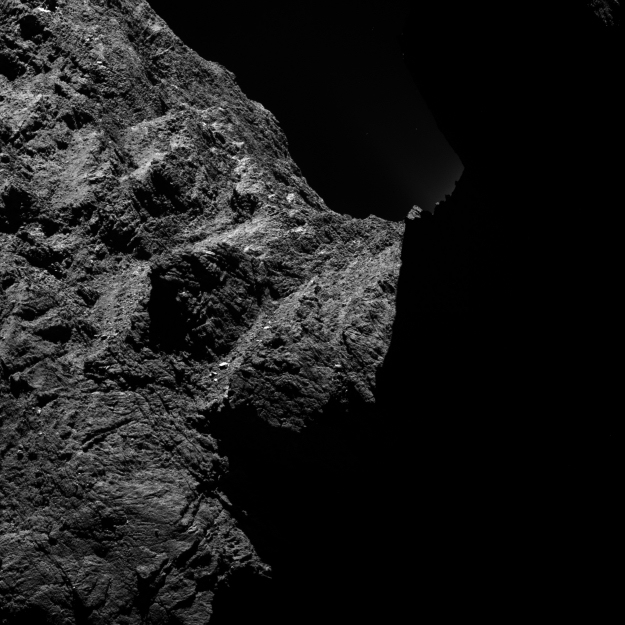 An image of a portion of comet 67P/Churyumov-Gerasimenko obtained on 30 October 2014 by Rosetta's OSIRIS narrow-angle camera (NAC) from a distance of about 30 kilometres. At this distance, the image scale is approximately 0.5 metres/pixel, so the image measures about 1.1 km across.

Another version of this same image reveals details of the shadowed region, and is available here.