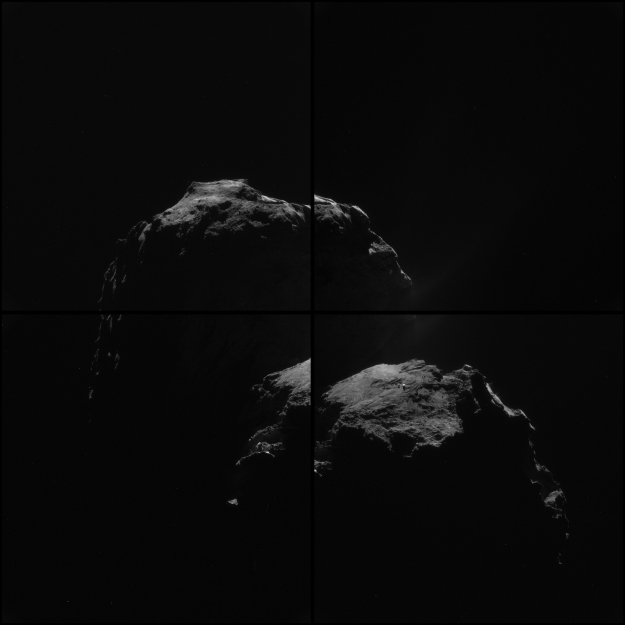 Montage of four images taken by Rosetta's navigation camera (NAVCAM) on 4 November 2014 at 31.8 km from the centre of comet 67P/Churyumov-Gerasimenko.

The four individual full-frame images are also available as related images in the right-hand menu. A mosaic of the four images stitched togther is available here.