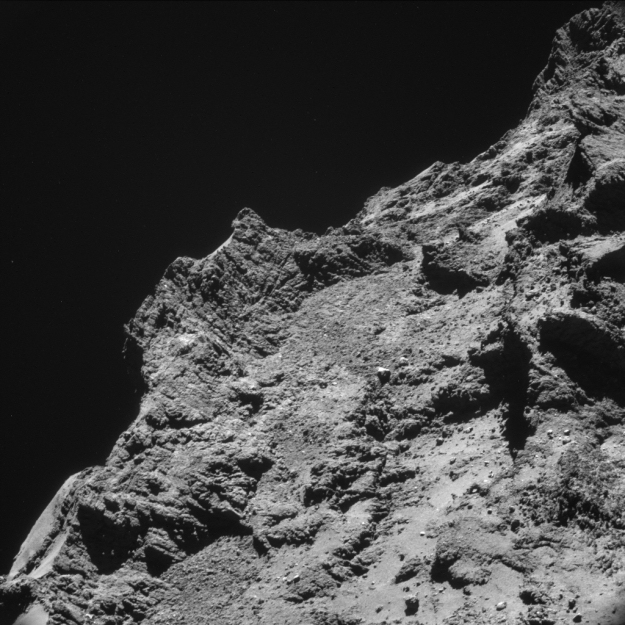 This dramatic view along the horizon highlights several relatively smooth, flat-topped plateaus that stand above the rugged surface on the larger lobe of Comet 67P/Churyumov–Gerasimenko. But their flat tops betray the scars of the walls just below, extensively criss-crossed with fracture-like features. At their bases lies plentiful rubble, perhaps once originating from the cliff faces, having crumbled away under the erosive forces at work on the comet.