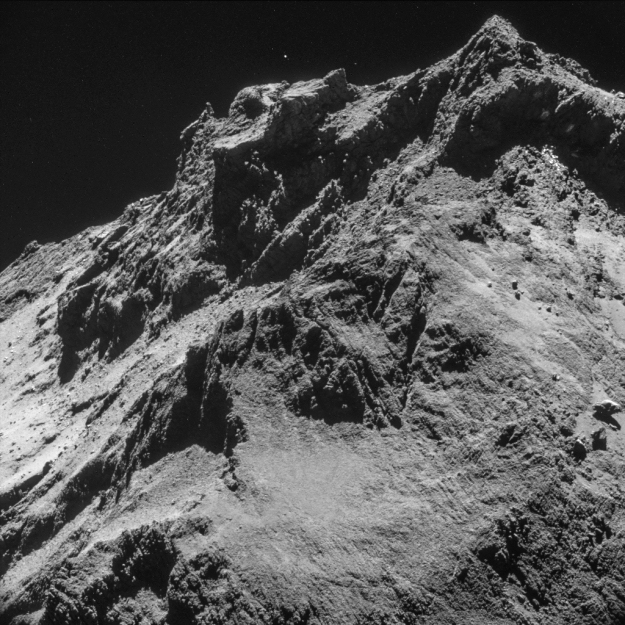 In this scene from the large lobe of Comet 67P/Churyumov–Gerasimenko, sets of long, parallel grooves and ridges in the foreground draw the eye up to a block of layered material (appearing as vertically stacked layers in this orientation) in the centre of the frame. This ridge traces up to a peak in the distance, through a cascade of boulders. To the left, flat-topped steps contrast against a ‘pinnacle’ seen against the horizon. To the right, a patch of brighter material lies crumbled at the base of a steep wall – perhaps signalling material that has been freshly exposed.

In a different orientation, the ‘peak’ actually appears as a flat ridge that slopes down onto a flat plateau, showing the importance of viewing features from different angles in order to understand them fully.