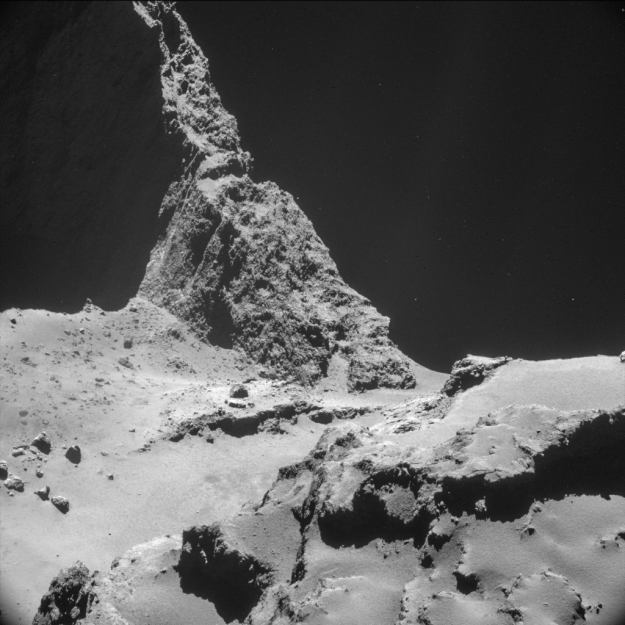 This view focuses on the boulder-strewn neck region of Comet 67P/Churyumov–Gerasimenko, with the smaller lobe on the left and the larger lobe on the right. Much of the comet’s activity originates from the neck. The scene also shows the contrast between the rugged material in the cliff walls rising up to the smaller lobe and the soft, more ‘textured’ material that characterises the neck and that is also coating the larger lobe in this region.