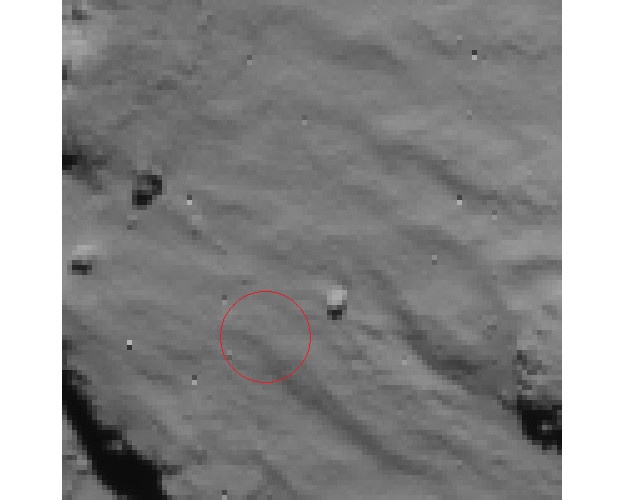 This image was recorded by the navigation camera (NAVCAM) on board Rosetta as the orbiter flew over the (intended) Philae landing site on 12 November.

At the time this image was taken, Philae was approximately 250m above the surface.