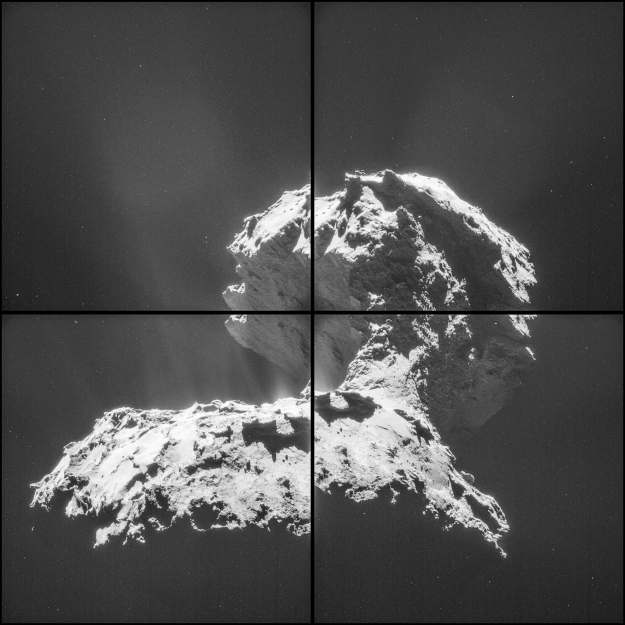 This is an increased contrast version of this montage and more clearly shows the comet's outflows of gas and dust and also brings out the details of some of the shadowed regions.

The montage is comprised of four images taken by Rosetta's navigation camera (NAVCAM) on 26 November 2014 at 30.1 km from the centre of comet 67P/Churyumov-Gerasimenko.