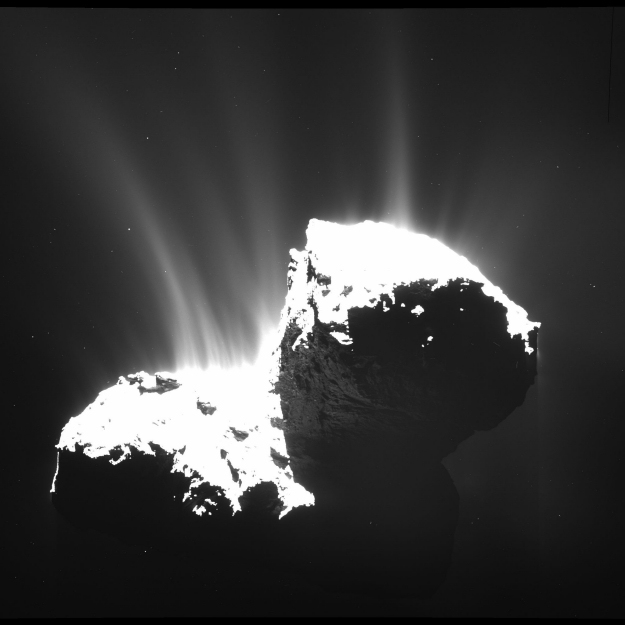 OSIRIS wide-angle camera (WAC) image acquired on 22 November 2014 from a distance of 30 km from comet 67P/Churyumov-Gerasimenko. The image resolution is 2.8 m/pixel. The nucleus is deliberately overexposed in order to reveal the faint jets of activity. The vertical line in the bottom right of the image, which seems to separate two regions of the coma with slightly different brightness, is the shadow of the nucleus cast onto the coma.