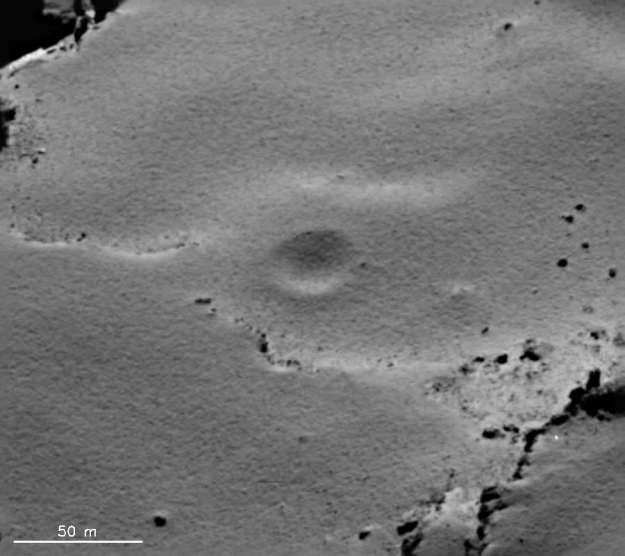 The surface of Comet 67P/Churyumove–Gerasimenko is almost devoid of recognisable impact craters, but this candidate may be an example formed by debris that was first ejected from the surface but subsequently fell back down. It measures about 35 m across and has been partially covered by dust. The image was acquired by the OSIRIS narrow-angle camera on 10 September 2014.