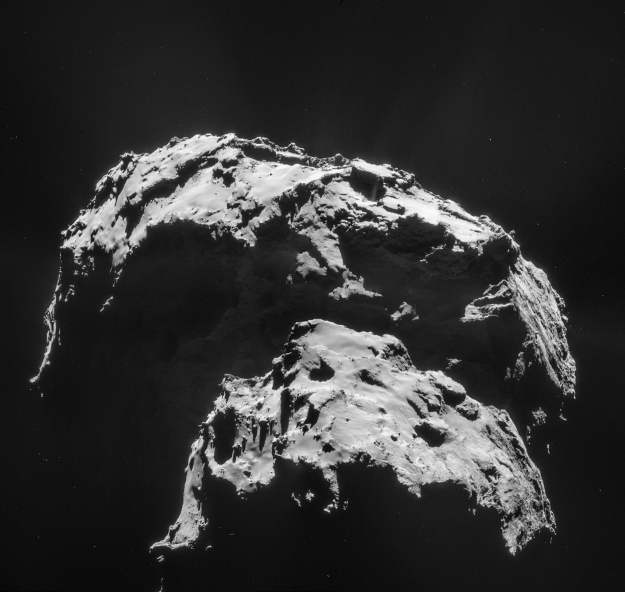 Mosaic of four images taken by Rosetta's navigation camera (NAVCAM) on 21 January 2015 at 27.9 km from the centre of comet 67P/Churyumov-Gerasimenko. The image scale is about 2.4 m/pixel.

The images used for this mosaic were taken in sequence as a 2×2 raster over a short period af about twenty minutes. Rotation and translation of the comet during the imaging sequence make it difficult to create an accurate mosaic, and there may be some spurious spatial and intensity features as a result of the mosaic-making sequence, so always refer to the individual frames before performing any detailed comparison or drawing conclusions about any strange structures or low intensity extended emission. Indeed, for this image set, the feature near the centre of the mosaic is a compromise of the top two frames.

The mosaic has been slightly rotated and cropped and covers 4.2 × 4.0 km. Some contrast enhancement has been applied.