Philae above the comet?

Philae above the comet? 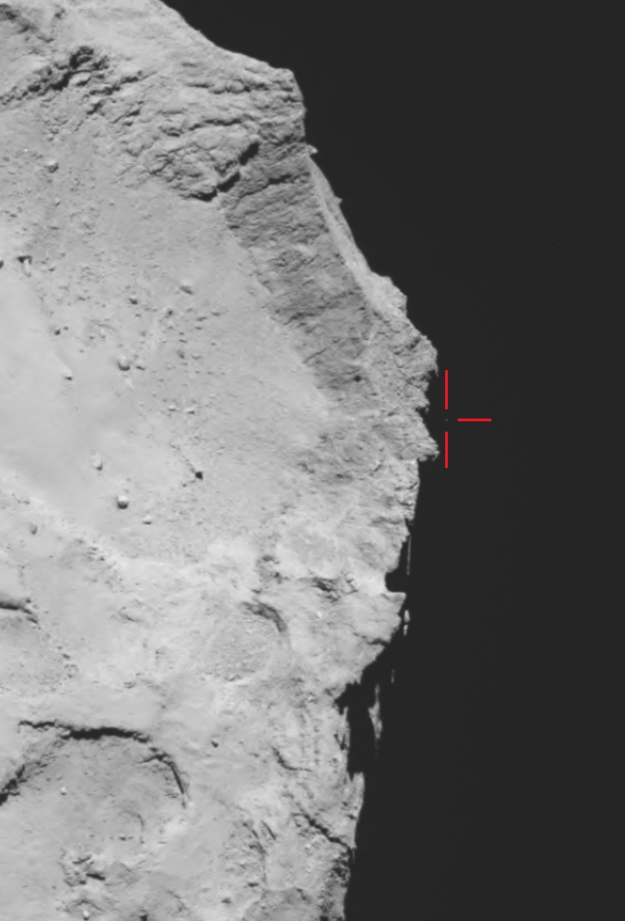 Rosetta's OSIRIS wide-angle camera captured this view of Comet 67P/Churyumov-Gerasimenko on 12 November 2014 at 17:18 GMT (onboard spacecraft time). Marked is what the OSIRIS team believe to be the Philae lander above the rim of the large depression – named Hatmehit – on the comet's small lobe. The image has been used to guide subsequent lander search efforts, and provides the basis for trajectory reconstructions.