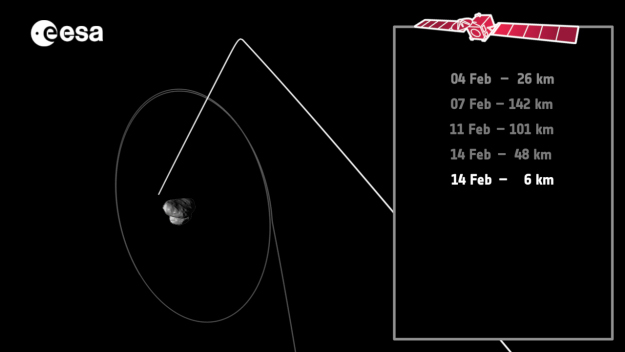 The relative position of Rosetta with Comet 67P/Churyumov-Gerasimenko at the moment of closest approach on 14 February 2015, when the spacecraft is just 6 km above the comet's larger lobe.

This is a still from the animation showing the manoeuvres for Rosetta's close flyby of the comet.

Rosetta swoops in for a close encounter