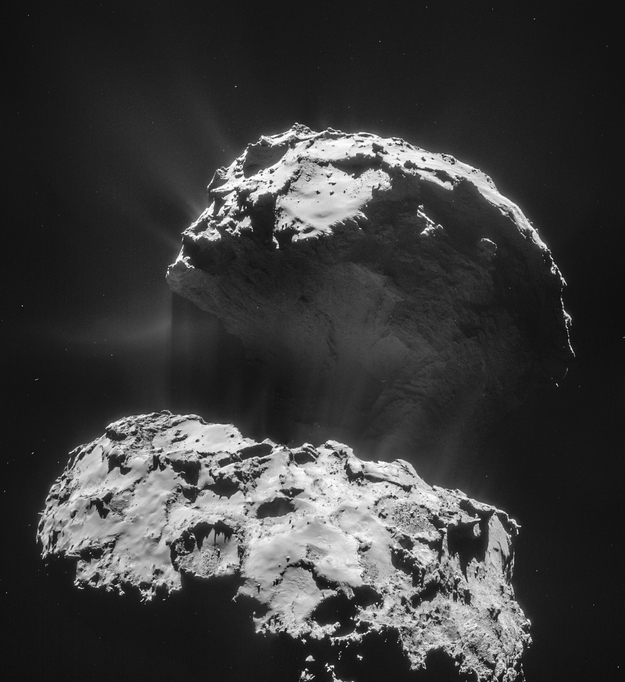 Mosaic of four images taken by Rosetta's navigation camera (NAVCAM) on 3 February 2015 at 28.7 km from the centre of comet 67P/Churyumov-Gerasimenko. The image scale is about 2.4 m/pixel.

The mosaic has been slightly rotated and cropped and covers 4.2 × 4.6 km. Some contrast enhancement has been applied.