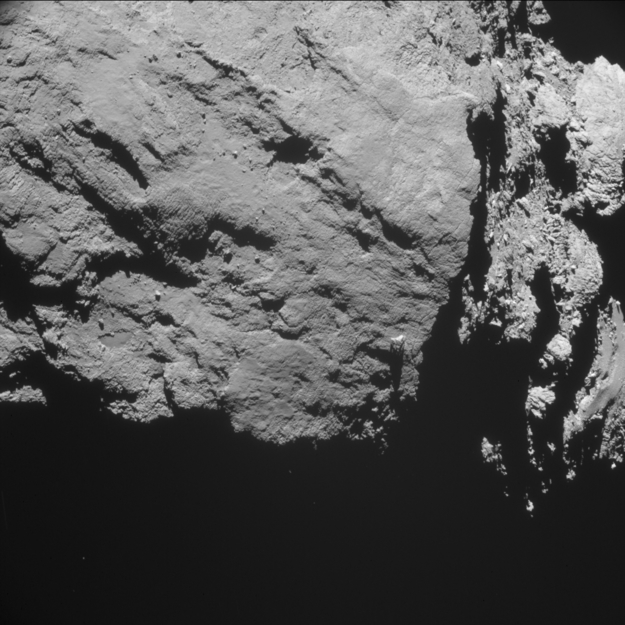 Starting at 10:15 UTC, over a period of about twenty minutes, four NavCam images were taken in sequence as a 2×2 raster – each image showing only part of the comet. This is the fourth image in the sequence, taken at 10:33 UTC from a distance of 12.1 km from the comet centre, or about 10.1 km from the surface seen in the foreground. Using the surface distance, the image scale is 0.86 m/pixel and the frame measures about 0.9 km across.