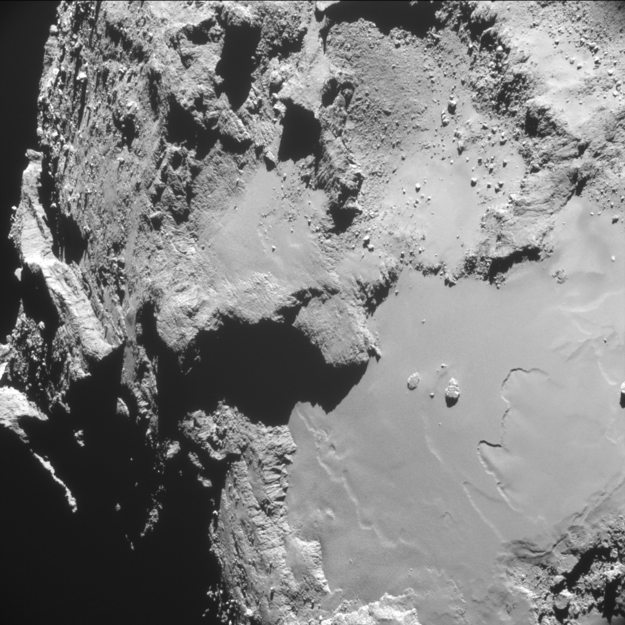 Rosetta navigation camera (NavCam) image taken on 14 February 2015 at 17.3 km from the centre of comet 67P/Churyumov-Gerasimenko, or about 15.3 km from the surface. Using the surface distance, the image scale is 1.3 m/pixel and the frame measures 1.3 km across.

The image has been cleaned to remove the more obvious bad pixels and cosmic ray artefacts, and intensities have been scaled. Another version of this image, which has been contrast enhanced, is available here.