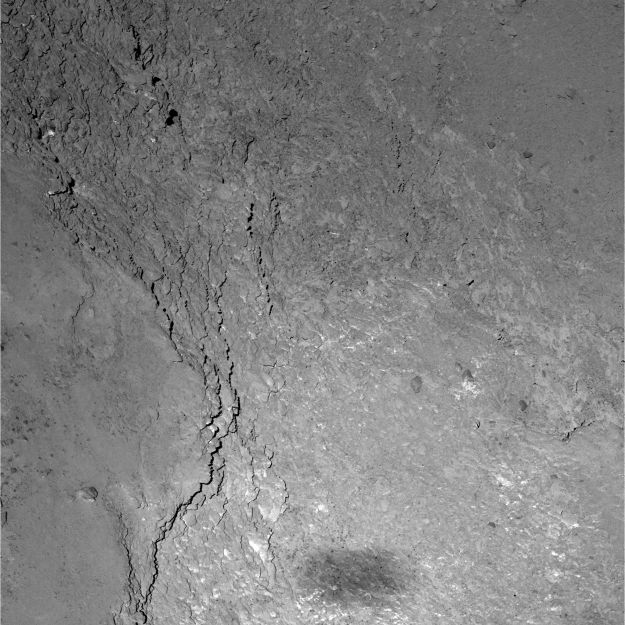 Close-up view, covering 228 m × 228 m, of the Imhotep region on Comet 67P/Churyumov-Gerasimenko. This area was imaged by the OSIRIS Narrow Angle Camera during Rosetta's flyby at 12:39 UT on 14 February 2015. The image was taken from six kilometres above the comet's surface, and the image resolution is 11 cm/pixel.

Rosetta's  shadow, measuring approximately 20 m × 50 m, is seen at the bottom of the image.