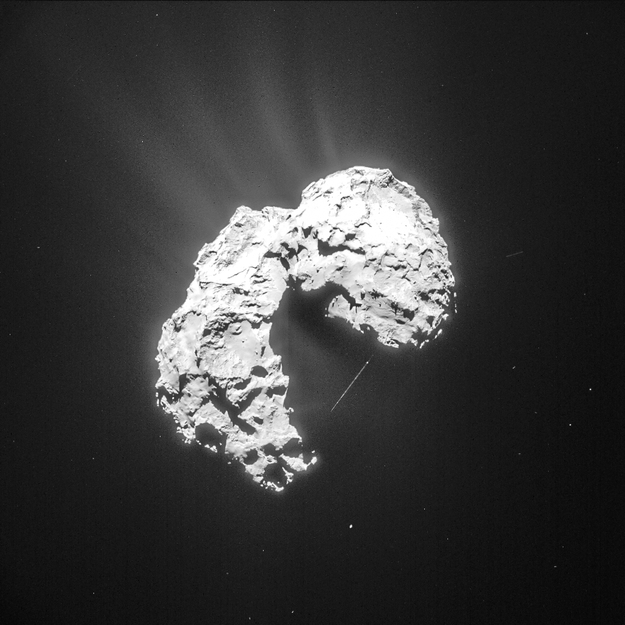 Rosetta navigation camera (NavCam) image taken on 27 February 2015 at 98.2 km from the centre of comet 67P/Churyumov-Gerasimenko. The image measures 8.6 km across and has a scale of about 8.4 m/pixel.

The exposure time was about two seconds. The phase angle was very small – the Sun was illuminating the comet from behind Rosetta. This geometrical configuration, along with the relatively long exposure time, caused some parts of the nucleus to be slightly over-exposed.