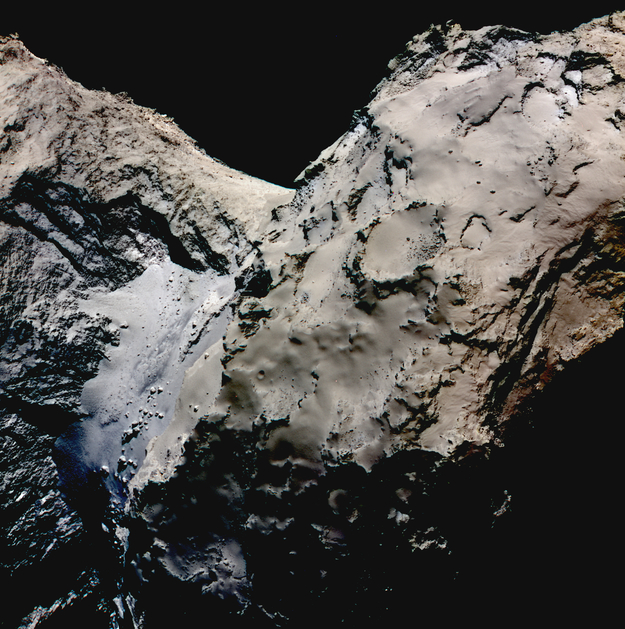 False colour image showing the smooth Hapi region connecting the head and body of comet 67P/Churyumov-Gerasimenko. Differences in reflectivity have been enhanced in this image to emphasise the blueish colour of the Hapi region. By studying the reflectivity, clues to the local composition of the comet are revealed. Here, the blue colouring might point to the presence of frozen water ice at or just below the dusty surface.

The data used to create this image were acquired on 21 August 2014 by the scientific imaging system OSIRIS with broad-band filters centred at 989, 700, and 480 nanometres. These images have been combined here as red, green, and blue, respectively, and the composite has been processed to enhance the slight colour differences. During these observations Rosetta was 70 km from the comet, and the corresponding spatial resolution is 1.3m per pixel.