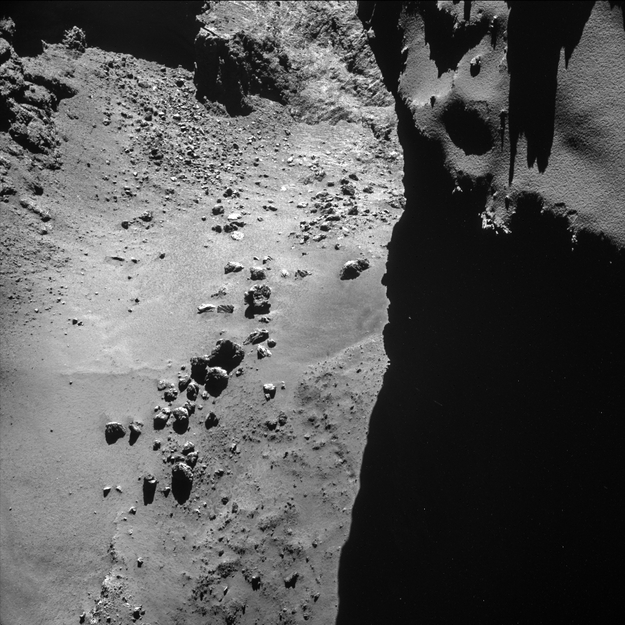 Rosetta navigation camera (NavCam) image taken on 17 October 2014 at 10.0 km from the centre of comet 67P/Churyumov-Gerasimenko. The image measures 870 m across and has a scale of about 85 cm/pixel.

The image focuses on the row of 'boulders' lying in the Hapi region on the comet's neck.

Some contrast enhancement has been applied to bring out details. The original image is available here.