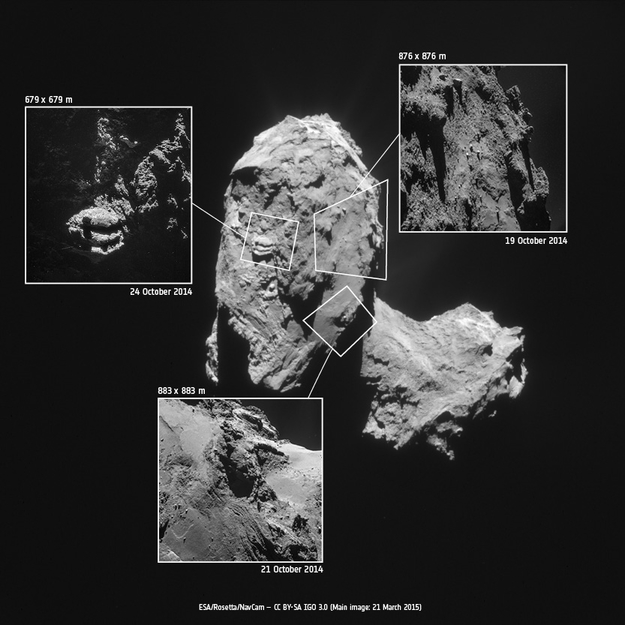 Three close-up images taken by Rosetta's navigation camera (NavCam) in October 2014 when the spacecraft was orbiting at around 10 km from the centre of comet 67P/Churyumov-Gerasimenko.

This context image shows the approximate regions of the three close-up images on the comet. Due to the change in distance and orientation, the insets are not exactly oriented with how they appear on the background image and the illumination conditions are also different.

The close-up images were enhanced to bring out some more of the comet's details. The individual close-up images and the background image are also available from the right-hand menu.