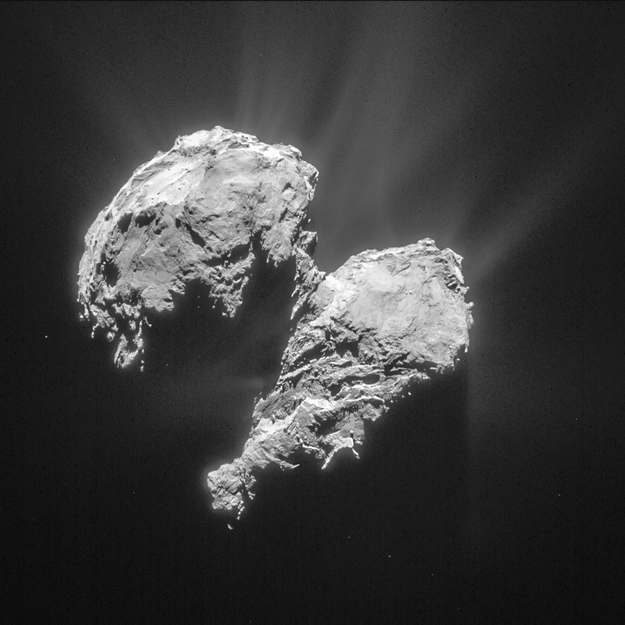 Rosetta navigation camera (NavCam) image taken on 22 March 2015 at 77.8 km from the centre of comet 67P/Churyumov-Gerasimenko. The image has been cropped and measures 6.0 km across; the resolution is about 6.6 m/pixel.

This image has been enhanced to bring out the details of the comet's activity, while also emphasising details on the nucleus. The original image is available here.

How comets are born