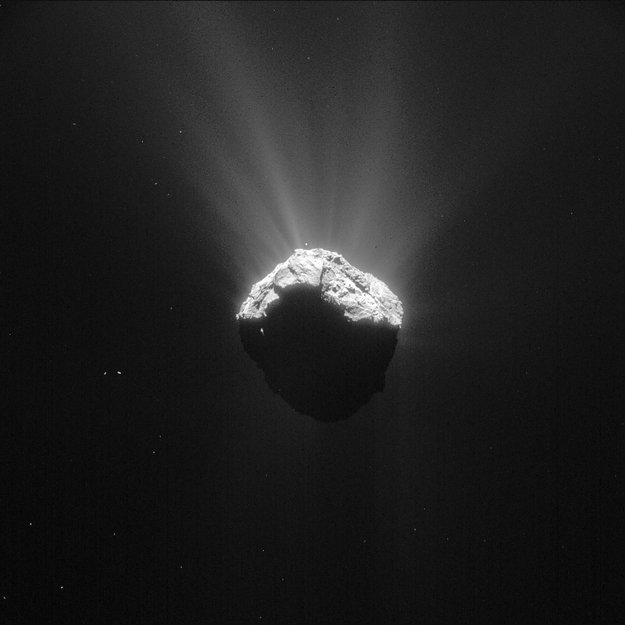 Rosetta navigation camera (NavCam) image taken on 15 April 2015 at 162 km from the centre of comet 67P/Churyumov-Gerasimenko. The image measures 14.1 km across and has a scale of about 14 m/pixel.

A second image, captured around 13 hours later on 16 April, helps to understand what the comet's orientation is in this image. The slight difference in viewing geometry and illumination reveals the base of the comet's larger lobe is seen face on, and most of it is in shadow in this view above. A hint of the smaller lobe can also be made out in the distance, on the right.