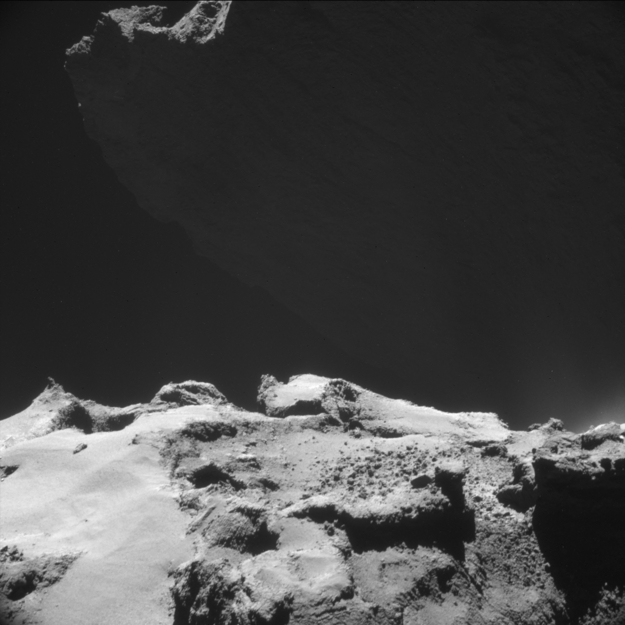 Rosetta navigation camera (NavCam) image taken on 23 October 2014 at 9.8 km from the centre of comet 67P/Churyumov-Gerasimenko. The average image scale is about 83 cm/pixel and the image measures 850 m across (note that because of the viewing geometry the foreground could be up to 2 km closer, and therefore likely has an approximate scale of 67 cm/pixel).

Another version of this image, which has been enhanced to bring out details of the background cliffs and the faint glow of activity, is available here.