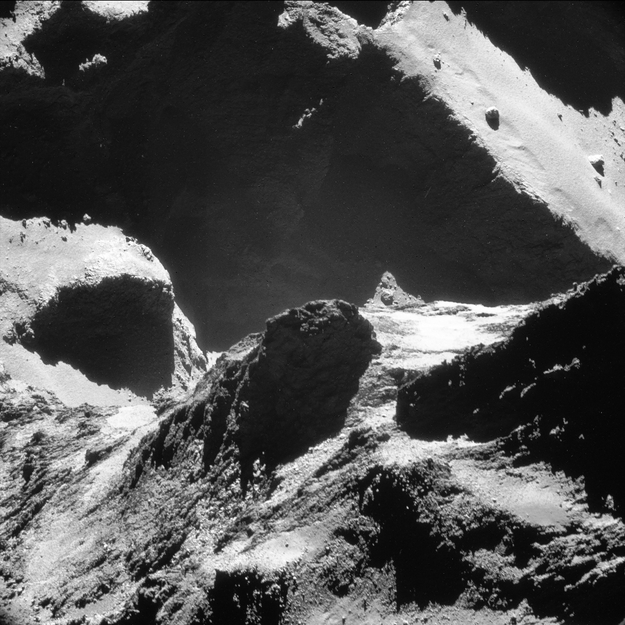 Rosetta navigation camera (NavCam) image taken on 19 October 2014 at a distance of 9.9 km from the centre of Comet 67P/Churyumov-Gerasimenko, or approximately 7.9 km from the surface. The image has an average resolution of 77 cm/pixel and measures 785 m across. It has been contrast enhanced.

All images from the close 10 km orbit phase of the mission are now available in ESA's Planetary Science Archive and can also be accessed through the archive's image browser.