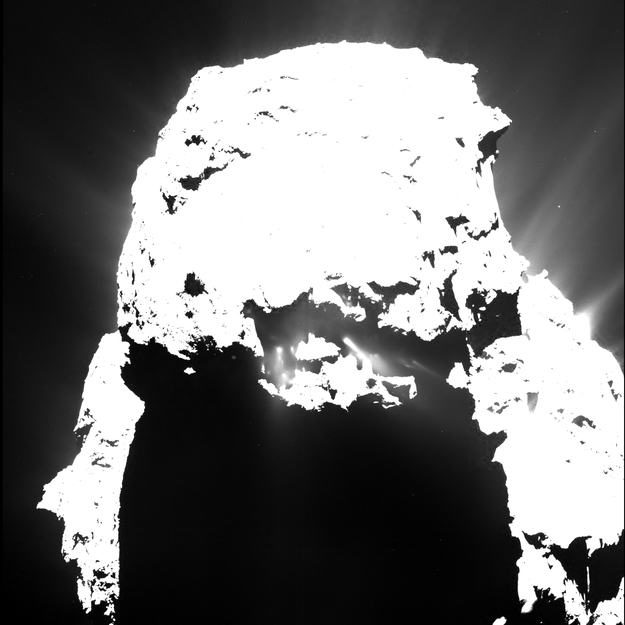 Comet 67P/Churyumov-Gerasimenko on 25 April 2015 from a distance of approximately 93 kilometres, seen through the OSIRIS narrow-angle camera on Rosetta. The image shows jets emanating from the comet's small lobe after nightfall. The image is presented to show the details of the jets, rather than the nucleus.