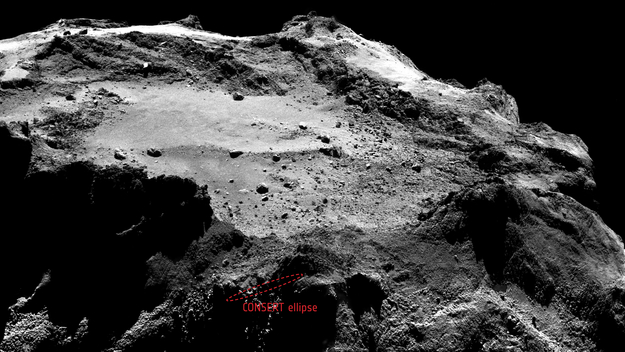 The current 16 × 160 m CONSERT ellipse overlaid on an OSIRIS narrow-angle camera image of the same region. The location and size of the ellipse is not accurate at the pixel level, and may also change as further CONSERT data analysis proceeds and more detailed comet shape models become available. The OSIRIS image is a slightly cropped 2 × 2 mosaic of NAC images taken from a distance of approximately 18 km from the surface of the comet on 13 December 2014. At this distance, the resolution of NAC is approximately 34 cm per pixel, and the full mosaic covers roughly 1.3 km.