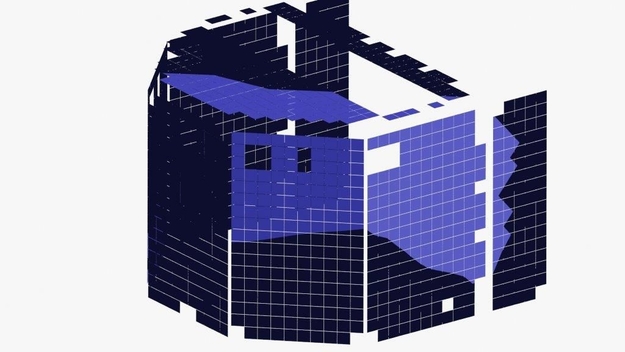 This graphic shows the solar panels on Philae's body. Simulations of the day-night cycle and landing site topography show considerable variations in the illumination as local features cast shadows at different times. The light blue coloured sections indicate the portion of solar panels thought to be illuminated at the exact moment the 13 December 2014 image was taken by the OSIRIS narrow-angle camera on Rosetta. While Philae's legs and feet appear bright in images acquired during its descent to the surface, the simulations suggest that the Sun would not reach the lower portions of the lander at the time the 13 December image was taken. Under these illumination conditions, Philae would only cover a few pixels in the OSIRIS images taken from 20 km.