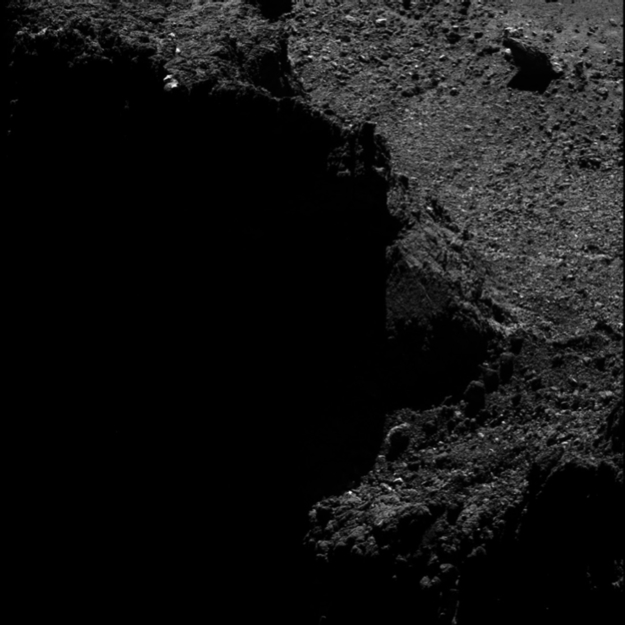 Cropped OSIRIS narrow-angle camera (NAC) image acquired on 22 October 2014 from around 10 km from the centre of comet 67P/Churyumov-Gerasimenko. Assuming a distance of 8 km to the surface, then the image scale is about 15 cm/pixel. The image was taken before comet landing and offers a similar viewing geometry for comparison with the targeted lander search imaging on 12 and 13 December 2014.