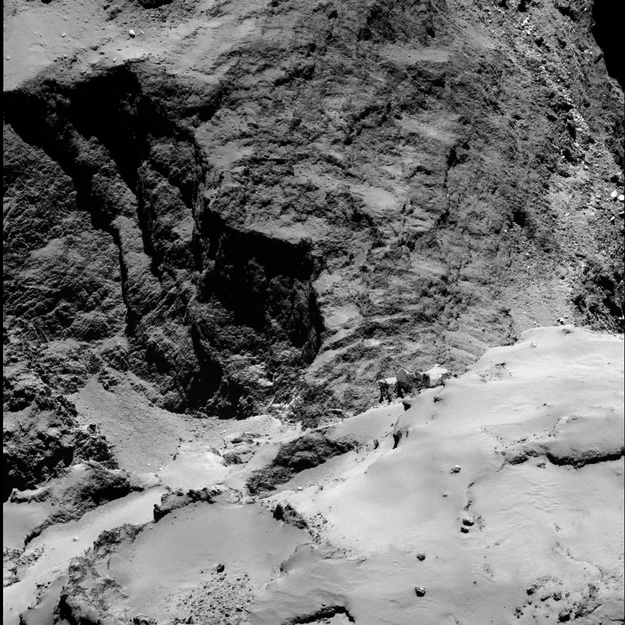 This OSIRIS narrow-angle camera image highlights the boundary between the Hathor and Anuket regions on Comet 67P/Churyumov-Gerasimenko's small lobe. Parts of the large lobe can be seen in the foreground.

The image was taken on 13 September 2014, when Rosetta was about 28 km from the surface of the comet. A 3D version of this image is available here.