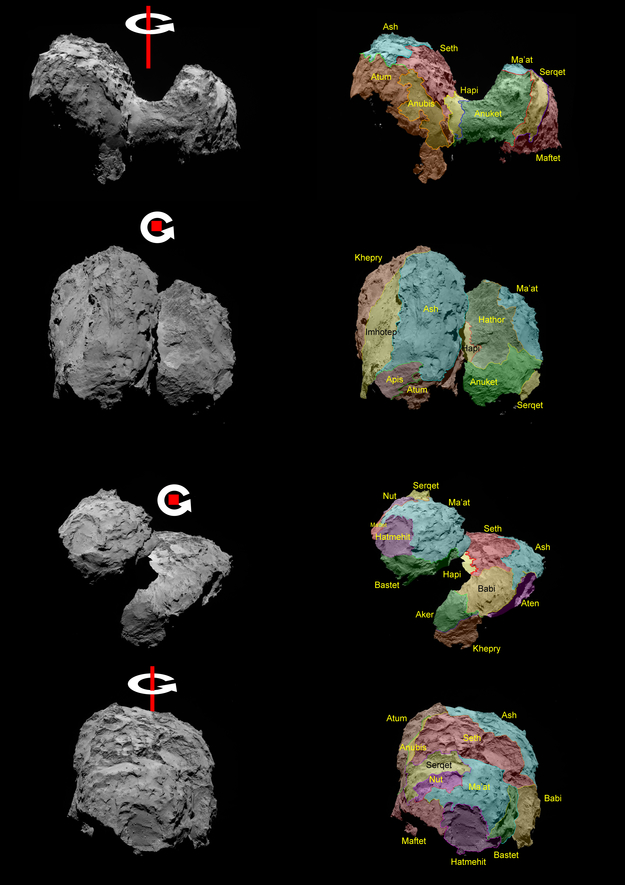 Left: OSIRIS images showing Comet 67P/Churyumov-Gerasimenko in different orientations. Rotation axes have been added; in the middle two panels the rotation axis is almost toward the viewer, that is, providing a north polar view.

Right: the same images with regional boundaries and nomenclature added.