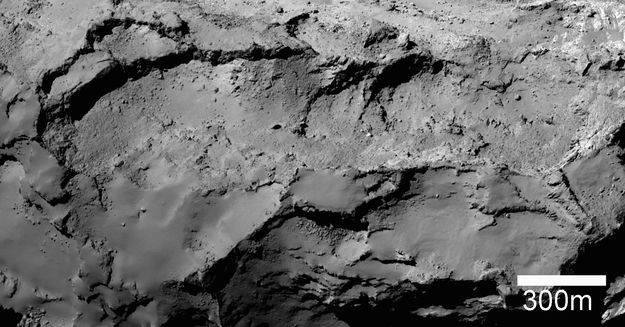 The Aten region of Comet 67P/Churyuomv-Gerasimenko, the large elongated depression seen on the comet's large lobe. The image shows boulders in the depression up to 30 m across, along with debris that likely fell from the cliff walls. A striking contrast is seen between this region and the neighbouring smooth terrain of the Babi region to the bottom of the image in this orientation.

The image is a crop from an OSIRIS narrow-angle camera image taken on 22 August 2014 from a distance of about 60 km from the surface of the comet. The scale is indicated on the image.