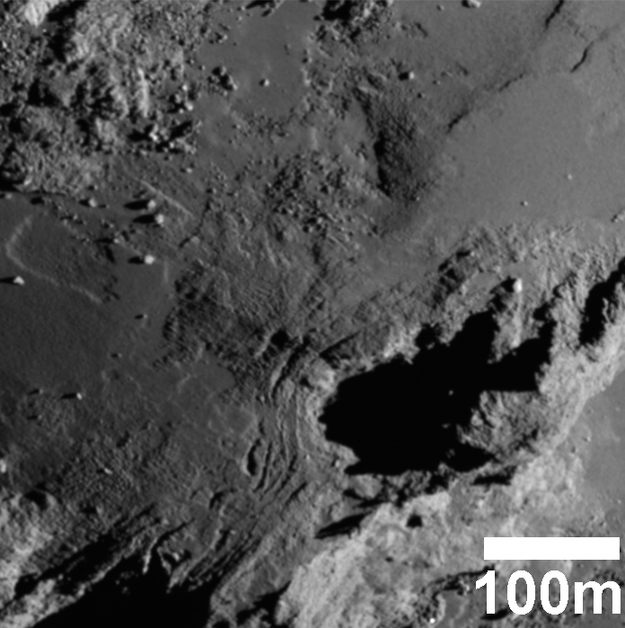 Close-up of the smooth-textured Anubis region and the surrounding Atum region on the large lobe of Comet 67P/Churyumov-Gerasimenko. The image also shows a set of parallel curved features close to the centre, which could indicate possible folding of the surface, or buried terraces being revealed.

The image was taken on 2 September 2014 from a distance of about 50 km from the comet's surface.