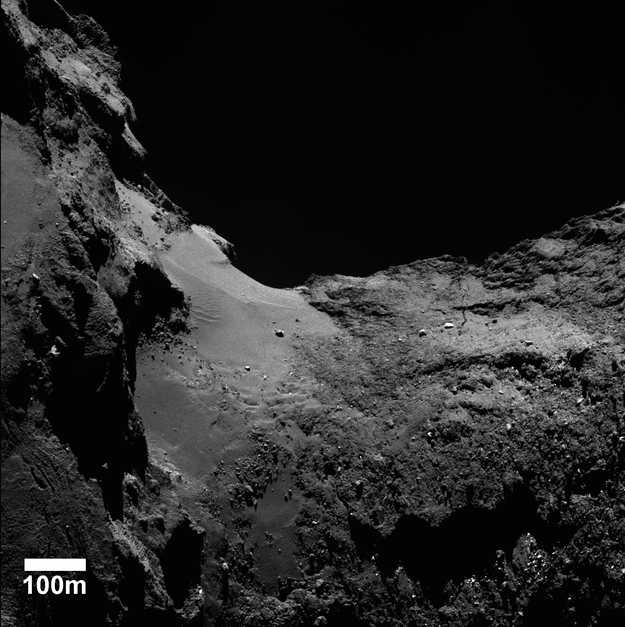 This image focuses on the transitional region between the large lobe on Comet 67P/Churyumov-Gerasimenko (left) through the smooth neck region (centre) and towards the small lobe (right). Many different surface features can be found in this region, including a folded feature (bottom left), surface ripples (centre) and a fracture (centre right).

An annotated version indicating the different regions can be found here.

The image was taken on 18 September 2014 when Rosetta was about 27 km from the comet surface.