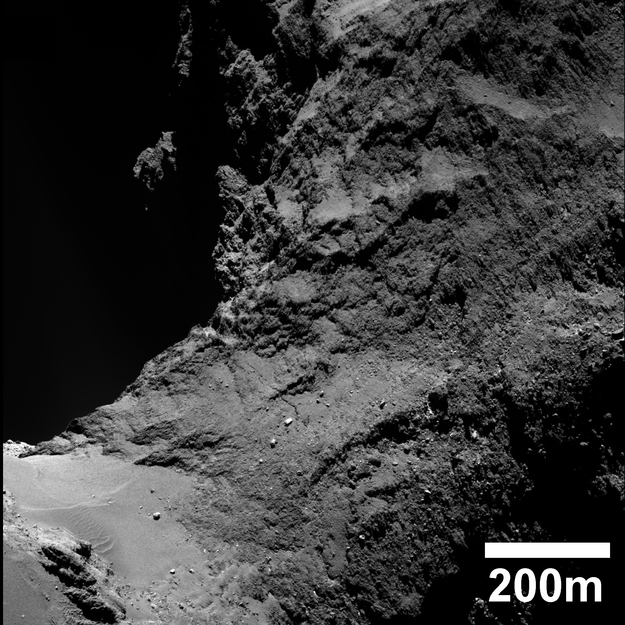 This OSIRIS narrow-angle camera image focuses on the transition between the smooth neck region (Hapi) on Comet 67P/Churyumov-Gerasimenko and the rough Anuket region on the comet's small lobe.

The image was taken on 15 September 2014 when Rosetta was about 26 km from the surface of the comet.