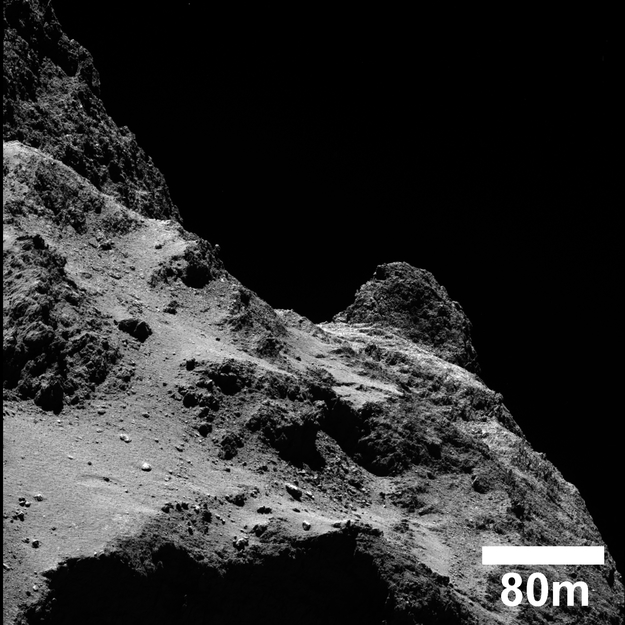 Close-up view of the surface of Comet 67P/Churyumov-Gerasimenko in the Anuket region, close to Ma'at, on the comet's small lobe. The image shows relatively smooth dust-covered patches covering more rugged terrain, which is exposed in places.

The image was taken by Rosetta's OSIRIS narrow-angle camera on 14 October 2014 when the spacecraft was just 8.5 km from the comet's surface.