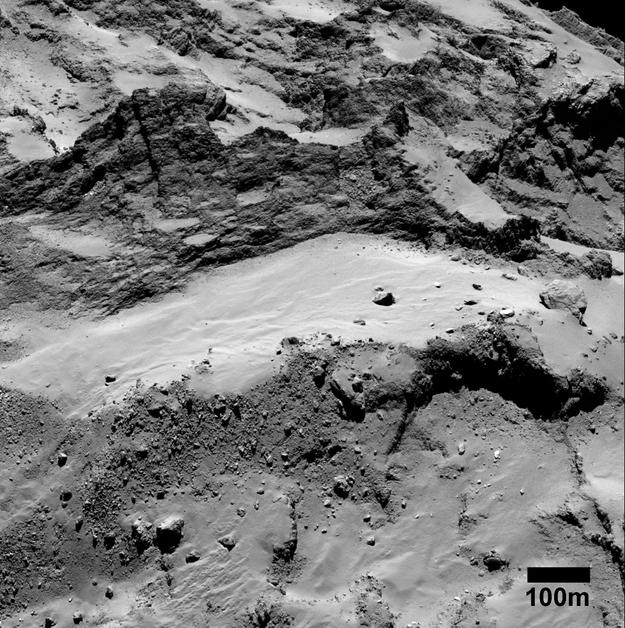 Close-up view of the Serqet and Nut regions on Comet 67P/Churyumov-Gerasimenko's small lobe (for a context image see here). Serqet is defined by a ridge of consolidated material with an adjacent flat and smooth, dusty plain (centre), which forms the rim of Nut. Nut (towards the bottom of the image) is classified as a depression and is infilled with boulders and dust.

The image was taken with Rosetta's OSIRIS narrow-angle camera on 20 September 2014 when the spacecraft was about 26 km from the surface of the comet.