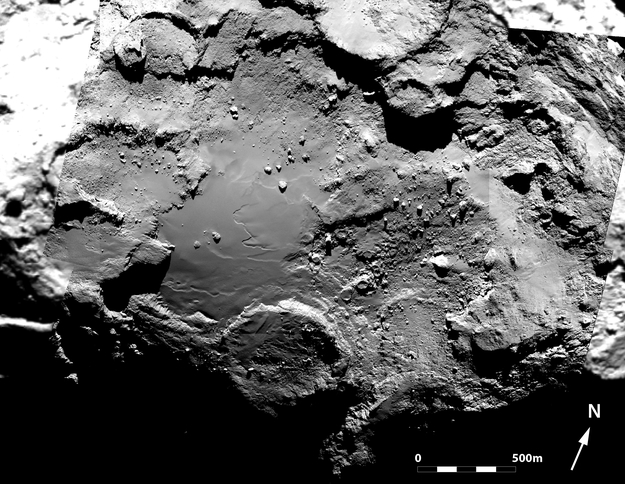 Mosaic of six OSIRIS narrow-angle camera images of the geologically diverse Imhotep region on comet 67P/Churyumov-Gerasimenko. The mosaic comprises images taken on 3 August, 25 August and 5 September 2014 from distances of 272 km, 52 km and 43 km from the comet centre, respectively. As such, the image scale varies from 5 m/pixel to 0.8 m/pixel.