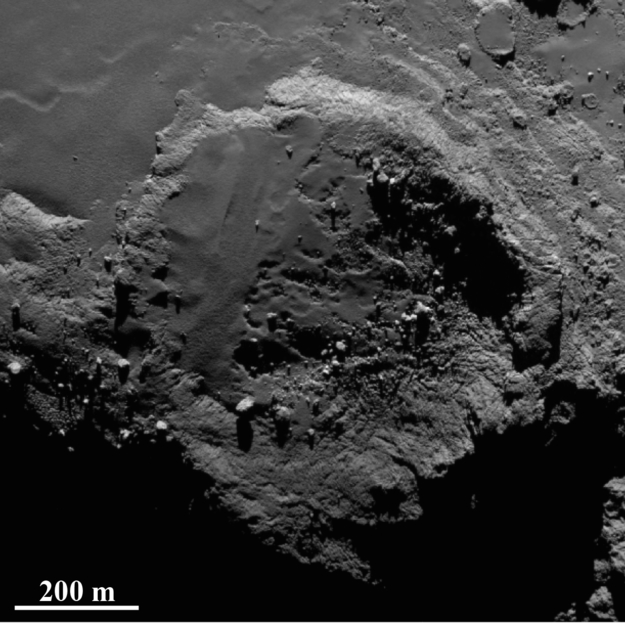 An interesting 'accumulation basin' in the Imhotep region on the large lobe of comet 67P/Churyumov-Gerasimenko. Accumulation basins are defined as areas where fine material and boulders seem to accumulate preferentially. The basin shown here is extensively fractured, with terracing seen to the top right of the image.

The image was taken with Rosetta's OSIRIS narrow-angle camera image on 5 September 2014 from a distance of 43 km to the comet centre. The image scale is 80 cm/pixel.