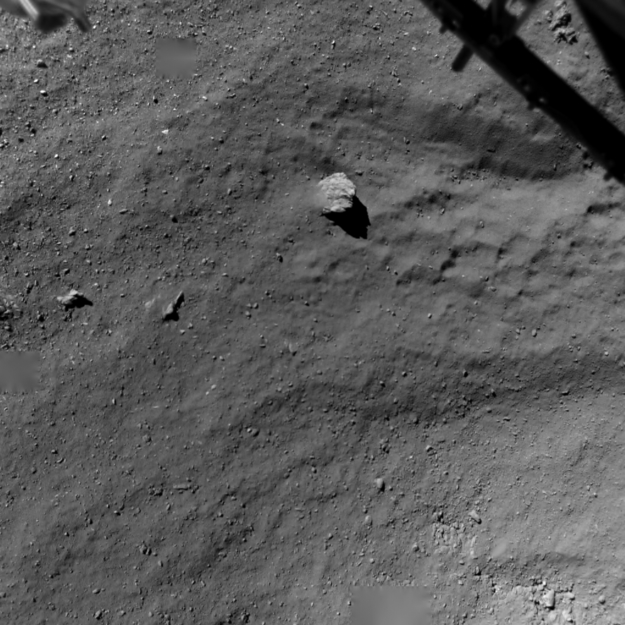 This image was taken by Philae's ROsetta Lander Imaging System, ROLIS, 67.4 m above the Agilkia landing site on the small lobe of Comet 67P/Churyumov-Gerasimenko. The image was acquired at 15:32:59 GMT on 12 November 2014. The image measures 72.5 m across and the image scale is 7.1 cm/pixel. Part of Philae's landing gear can be seen in the top corners.

The course, granular nature of the surface here can already be seen, with the largest feature, seen just to the above-right of the centre of this image, a 5 m-high boulder that appears to be partially embedded in the ground (and therefore could alternatively be part of the underlying surface). This boulder can also be viewed in an anaglyph image here.