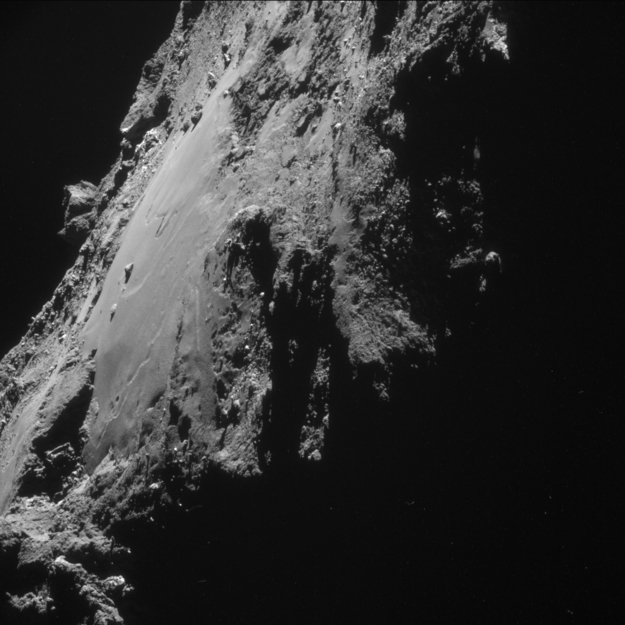 During October 2014, Rosetta orbited comet 67P/Churyumov-Gerasimenko at distances down to 10 km from the comet centre – as close as 8 km from its surface.

This image was acquired on 7 October at a distance of 18.3 km from the comet centre and provides an oblique view of the Imhotep region on the underside of the comet. The image scale is 1.6 m/pixel and the image measures 1.6 km across.