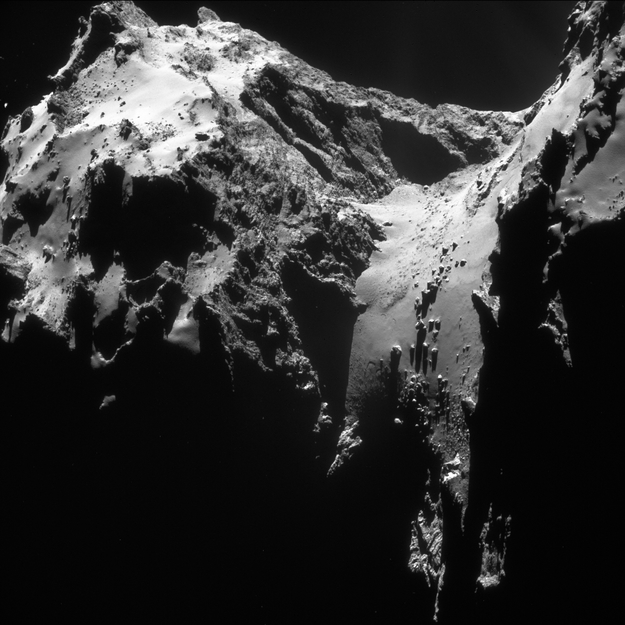 Rosetta saw in 2015 while orbiting comet 67P/Churyumov-Gerasimenko at a distance of around 30 km. This view was taken on 22 January from a distance of 27.9 km from the comet centre and features the small lobe to the left, including the Hathor cliffs, and the smooth boulder-strewn neck Hapi region right of centre. Hints of the comet's large lobe are seen in the foreground.