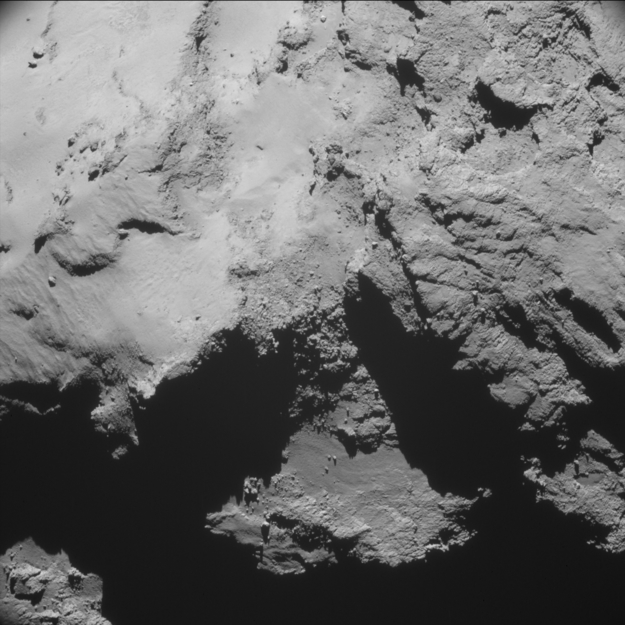 In February, Rosetta's trajectory pattern changed, alternating between close and distant flybys in order to make best use of its suite of scientific instruments in their study of the various aspects of comet 67P/Churyumov-Gerasimenko and its environment. On 14 February, Rosetta made its closest flyby yet, at a distance of just 6 km from the comet surface.

The image shown here was acquired not long before closest approach, at a distance of approximately 11 km from the surface. It features a portion of the comet's large lobe. The image scale is 96 cm/pixel and the image measures about 985 m across.

This image is one of 12 featured in our "Year at a comet" image collection. It was previously featured in February as part of a four-frame montage.