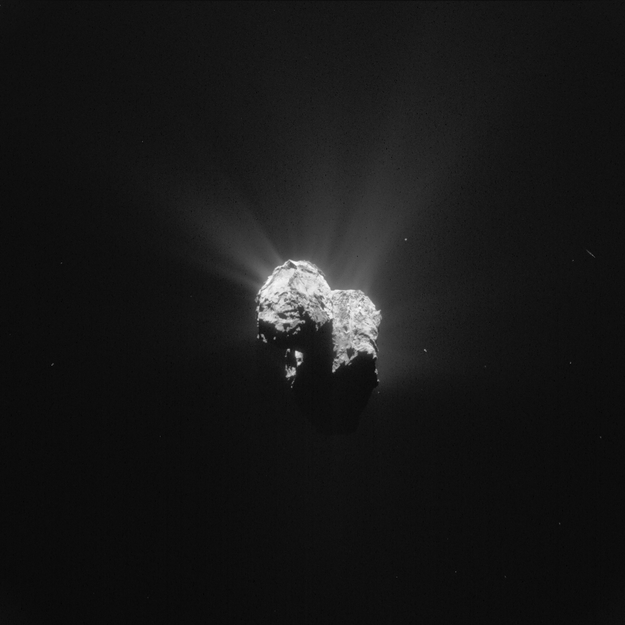 By June 2015, Rosetta was operating at relatively large distances from comet 67P/Churyumov-Gerasimenko due to the ever-increasing activity. This image was taken on 6 June at a distance of 201 km. The image scale is 17.1 m/pixel and the image measures 17.5 km across.

Indeed, streams of dust and gas can be seen all around the nucleus, with even the shadowed portion of the large lobe silhouetted against the background glow of activity.

On the small lobe, the outline of the Hatmehit depression is just visible. Parts of the small and large lobe cast in shadow earlier in the mission are now on full display.