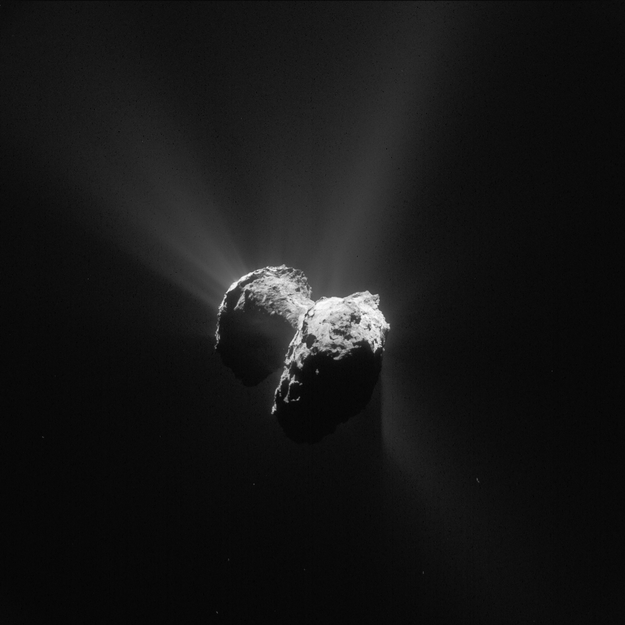 Just a few weeks away from perihelion and the activity from comet 67P/Churyumov-Gerasimenko continued to build throughout July 2015. This image, taken on 8 July at a distance of 152 km has an image scale of 13 m/pixel and measures 13.3 km across, with the jets of activity reaching the full extent of the field-of-view.

Details of individual streams can be seen rising from the comet's small lobe in particular, while the overall glow of activity accentuates the silhouette of the shadowed portions of the nucleus. The large lobe is also casting a dramatic straight-edged shadow across this background activity.