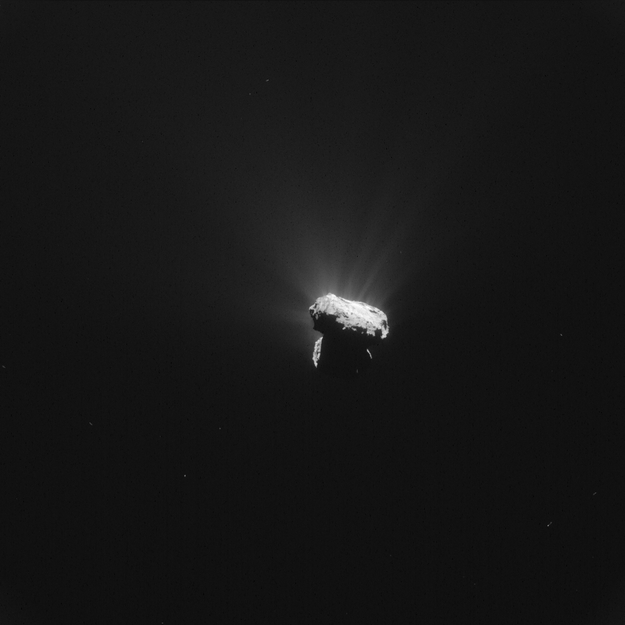 This single frame Rosetta navigation camera image was acquired at 01:04 GMT on 13 August 2015, just one hour before Comet 67P/Churyumov-Gerasimenko reached perihelion – the closest point to the Sun along its 6.5-year orbit. The image was taken around 327 km from the comet. It has a resolution of 28 m/pixel, measures 28.6 km across and was processed to bring out the details of the comet's activity.