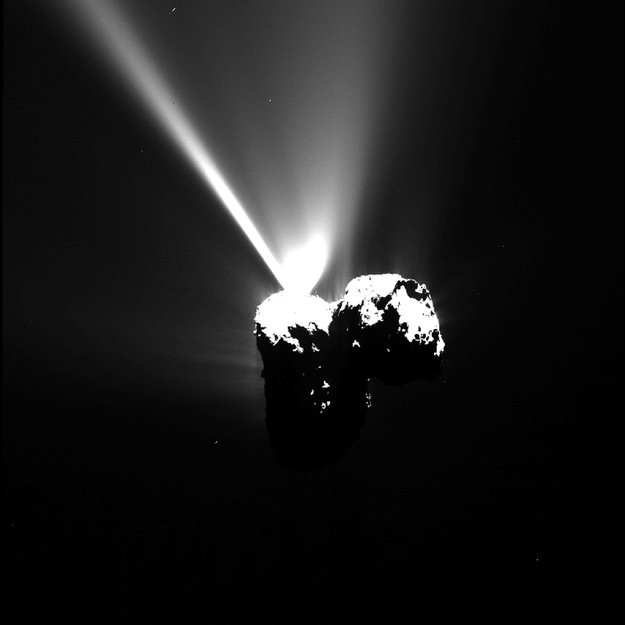 This image of comet 67P/Churyumov-Gerasimenko was captured by Rosetta's OSIRIS narrow-angle camera on 12 August 2015, at 17:35 UTC, just a few hours before the comet reached the closest point to the Sun along its 6.5-year orbit, or perihelion.

The image was taken from a distance of about 330 km from the comet. The comet's activity, at its peak intensity around perihelion and in the weeks that follow, is clearly visible in this spectacular image.

An animated sequence of more OSIRIS images taken on 12 August 2015, is available here.