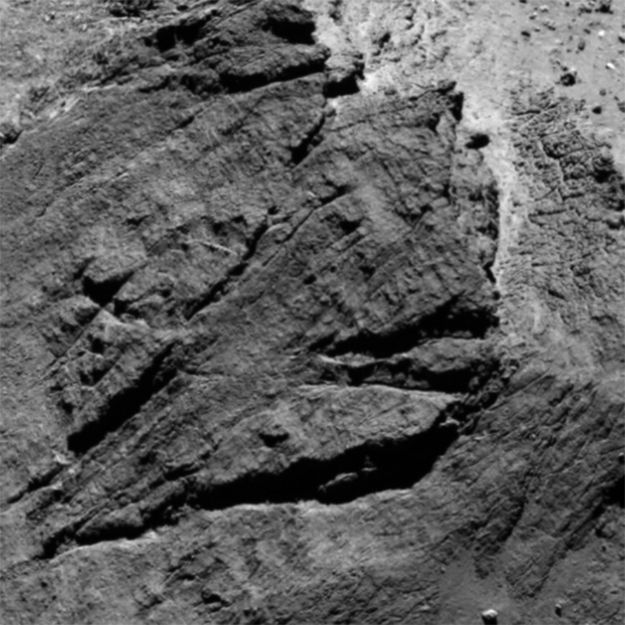 A 200-m complex fracture system in the Aker region, on the large lobe of comet 67P/Churyumov-Gerasimenko. This is an isolated feature in the context of the surrounding morphology.

The image was taken by Rosetta's OSIRIS narrow-angle camera.

An annotated version of the image with an indication of the physical scale is available here.