Activity in the Imhotep region on comet 67P/C-G

Activity in the Imhotep region on comet 67P/C-G 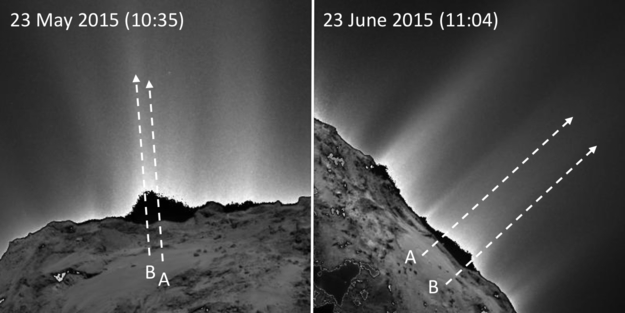 Activity seen above the Imhotep region with the OSIRIS narrow-angle camera on Rosetta on 23 May 2015 (left), before significant morphological changes were seen in this region, and on 23 June 2015 (right), after the changes had begun to appear. (Times are in UTC.)

The positions of the first two new features that were seen in Imhotep are marked with A and B. The white arrows indicate the direction along which an increase of activity would have been seen in the case of jets lifting from the newly arisen features.