Icy patches in the Imhotep region on comet 67P/C-G

Icy patches in the Imhotep region on comet 67P/C-G 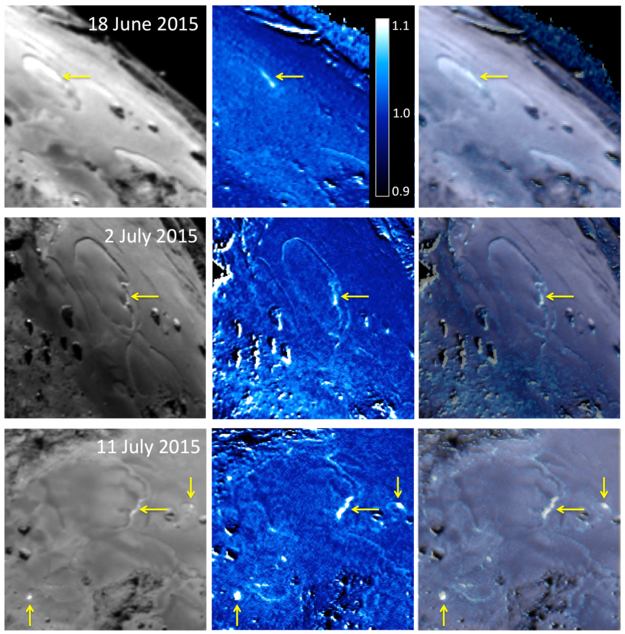 The yellow arrows indicate some of the new features that were detected on Imhotep. These colour images show that some patches on the surface of the comet reflect orange/red light less effectively and blue light more effectively than their surroundings. They appear as white in the central column, where the colour ratio is shown. This indicates the presence of frozen water ice at or just below the surface of these patches.